06 Jun Know Your Lawyer – Do You Really Want to Be Represented by Someone Who Misrepresents Themselves?

Clearly, William Shakespeare was unfamiliar with how attorneys market themselves. When you read about lawyers receiving awards, or when you see a row of shiny plaques on the wall of the law firm's lobby, you're presumably impressed, right?

But how do you know whether or not the accolades are a big deal? The answer may not only surprise you, but it may also change the way you choose a lawyer in the future.

In the increasingly competitive world of legal marketing, lawyers are looking a competitive advantage, big or small, and for a good reason. There are only so many ways to advertise legal services, especially considering we are required to follow precise guidelines about what lawyers can and can't say to get your business. Anything that makes a lawyer stand out and still look dignified and professional is a valuable asset.

For these reasons, awards are an excellent way for a lawyer to differentiate themselves- but there's a big problem. Real awards for lawyers don't grow on trees, so the opportunities for a lawyer to earn one are rare. The legal profession is not one that lends itself to awards for personal achievement for several reasons.

Awarding Lawyers for the Work is Pretty Much Impossible

Think about the practical problems with giving lawyers awards. Communications between lawyers and their clients are privileged and confidential, which makes submitting legal work to win an award all but impossible. Plus, who is going to take the time to go through everything and decide what's award-worthy and what's not? Lawyers are busy people.

Odds are if you ask any lawyer to talk about the best work they've ever done without disclosing privileged information, they'll tell you the situation was so screwed up that they couldn't possibly begin to explain the details of what they did for their client. The point is that legal work is incredibly complicated, and unequivocal wins and losses are few and far between. It's one of those "you had to be there" situations.

Finally, comparing the success of lawyers is perhaps the most apples to oranges comparison ever; it's more like apples and space shuttles. With the vast array of practice areas and the vastly different personal styles of individual lawyers, the only outcome you can be sure of is that the lawyers will all argue over the result.

So for practical reasons, most awards by local bar associations tend to recognize local lawyers for objective milestones like the length of service, or by highlighting work done to help the legal system itself, and by extension the community. Pro bono work, tackling administrative problems within the court system, and public relations-themed projects like Wills for Heroes are often acknowledged with an award of some sort by the local bar association.

Most working lawyers, especially those in small firms or solo practices, barely have time to make it to a bar association meeting, let alone embark on genuinely award-worthy endeavors. As a result, no matter how hard they work, the trophy case remains empty.

But wouldn't you know it? Someone came up with the idea to recognize pretty much any lawyer willing to pay for the recognition. And just like that, the era of the “World’s Best Lawyer” was born.

Services like “World’s Best Lawyer” are very cleverly designed marketing operations with one goal and one goal only: to make their members sound impressive by calling them “World’s Best Lawyer”, or something along those lines. Despite lofty claims of rigorous standards and lots of word salad like "peer nominations" and "independently researched," it appears there is only one relevant common denominator among all of these profoundly exceptional lawyers: all of their checks cleared.

In fairness, you do have to fill out an application and usually get a couple of other local lawyers to vouch for the fact that you're not a serial killer, so acceptance is not like just a foregone conclusion. But if for some reason a lawyer is denied, there is no shortage of websites for other companies more than willing to shower accolades down upon a lawyer at the click of a button. Oh yeah, you need a valid credit card too.

If you see a lawyer with an unreasonable number of awards from places you've never heard of, it is safe to assume their "Institution for Legal Excellence" is nothing more than a PO Box somewhere. Think about a guy wearing a "World's Best Dad" t-shirt everywhere he goes; after awhile people are going to get creeped out, right?

Now imagine him telling everyone that he bought the shirt himself. Way creepier, right? That's how lawyers view colleagues who pay for these fake awards and then use them to portray themselves as more qualified than the rest of us.

Can a Lawyer Use These Awards in Advertisements?

With the proliferation of recognition of sale, the South Carolina Bar issued an Ethics Opinion for lawyers to follow about using awards, badges, emblems, and inclusion in "best of" lists as part of their advertising. The 2017 Ethics Opinion seeks an answer to the following question:

Question Presented: May a South Carolina lawyer accept and advertise a designation or accolade such as “Best Lawyers” or ““World’s Best Lawyer”,” whether in a legal publication or a newspaper readers poll, in conformity with the advertising rules of the South Carolina Rules of Professional Conduct?

The short answer is yes, the lawyer may accept and advertise such a designation or accolade, and utilize any “badges,” symbols, or other marks, but there are some guidelines lawyers must adhere to, as set forth below:

As you can see, even with these reasonable restrictions, there is enough flexibility to let quite a bit slide by without scrutiny. Coupled with the fact that someone would have to file a formal ethics complaint about a specific claim made by a lawyer to trigger any review, these pseudo-awards aren't going anywhere anytime soon.

So the next time you see a lawyer promoting their award-winning skills, ask them what he or she specifically did to win such a prestigious honor. At least you can tell how super-talented of a lawyer they are by the quality of their cover story, right? 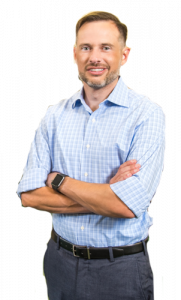 Although I was not born into the legal profession, I chose to go to law school and became an attorney in 2008. With the encouragement of many established attorneys, I started my Greenville, SC law practice in 2010. I am the son of an engineer with strong ties to the automotive industry and collector cars. I have even worked as a BMW mechanic in Munich, Germany. Weather and court permitting, I am proud to drive a 1931 Model A Ford on a regular basis.
Facebook Linkedin Twitter

A Resource for Past & Potential Clients

This is where you can learn about all of the areas my practice covers as well as some things that have nothing to do with law! Sign up today...I promise I won't flood you with emails but I may help you in some way, which is the whole point of this!